Bringing the Dead Sea Back to Life:

The Society for the Protection of Nature in Israel (SPNI), the Hoopoe Foundation and Tel Aviv University together with the Amman Center for Peace and Development (ACPD, Jordan), Universite' de Lausanne (UNIL, Switzerland) and the international Artists For Nature Foundation (ANF) are working together on a bold new project to raise global awareness of the threat currently facing the Dead Sea.

The Dead Sea is one of the most unique geographic formations in the world and supports unique ecosystems and harbours many historic and cultural treasures.  But a long-term decline in water levels is creating an ecological imbalance on both land and sea that will eventually destroy this unique and precious resource.

In March, a group of artists from a number of countries - Italy, Spain, USA, Switzerland, The Netherlands and the UK - were invited to visit a number of sites in the Jordan Valley and around the Dead Sea on both the Jordanian and Israeli shores.  The aim has been to allow the artists time to observe and develop work that reflects on the the Dead Sea and the serious current threats the sea and surrounding ecosystems face.   There is a growing belief that the culture generated by a range of environmental artists working with wildlife conservationists and scientists - as well as engaging with schoolchildren and young people  - provides a unique, non-political platform for people of this war-torn region to connect to the natural world that surrounds them, and to one another.

Between 2008 and 2013 SPNI and ANF  completed a similar project to raise awareness for the Hula Valley in the Northern Jordan Valley in Israel.  That project included 36 artists from around the world, two week-long festivals, a full colour art book detailing the project in English, Hebrew and Arabic, and a travelling art exhibition at 7 locations in Israel, Netherlands and the UK. It was an enormous success, with over 20,000 people participating in the festival events, another estimated 20,000 people that visited the art exhibitions and the Hula Book has nearly sold out the 2000 copies.

The are a number of goals specific goals of this Dead Sea project include:

To draw broad public attention to the importance of the Dead Sea environment, nature conservation, and cultural landscapes through art.

To focus the creative efforts of International and regional artists on the importance of preserving our shared natural heritage.

To create a unique dialogue and exchange of cultures between artists, conservationists and the general public from different countries around the world with a special emphasis on the inhabitants around the Dead Sea from Jordan, Palestine and Israel.

The project will draw much needed focus on tourism and the environment to the Dead Sea and to the region as a whole through the universal interest in art and nature. With art and nature as the main themes, the project will emphasize peace through cultural meetings based on cooperation, dialogue and unity, and will help balance the negative images of the region. 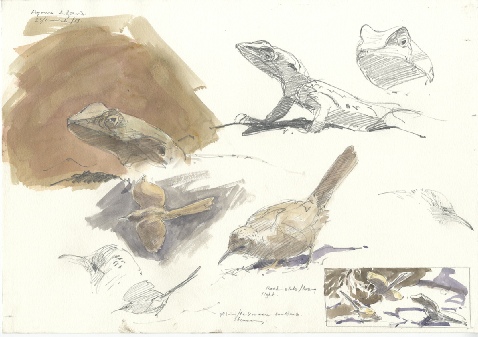 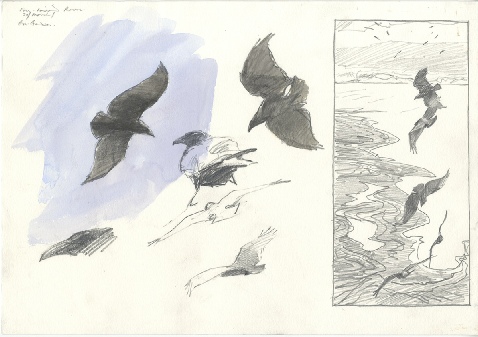 The Jordan Valley from near to Mitzpe Ramon in Israel 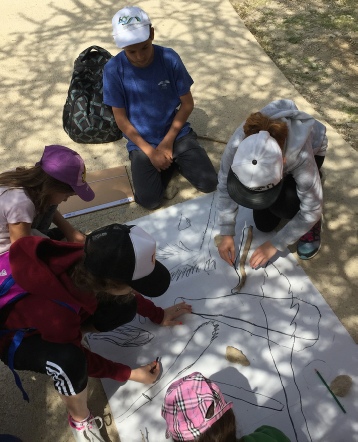 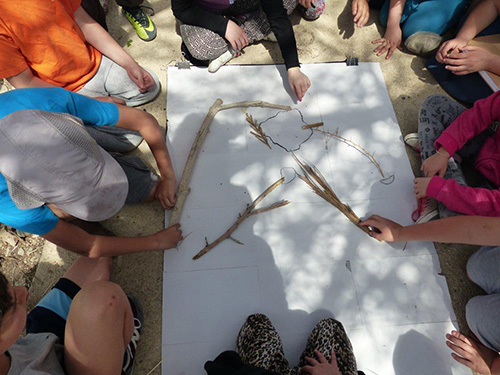 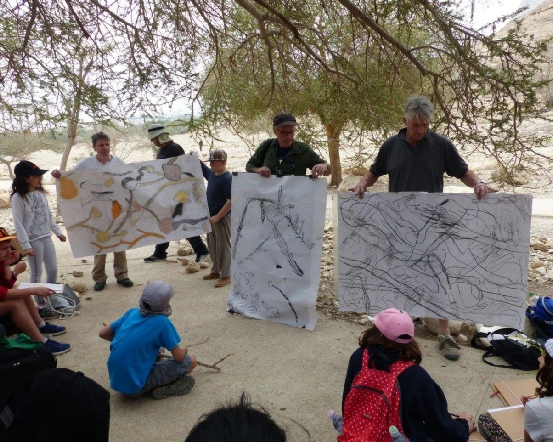 A number of the ANF artists worked with groups of schoolchildren invited from schools locally in Jordan and Israel, and other groups were brought by bus from the Palestinian Territories, and one group of Bedouin children came along as well.

The aim was to show ways of looking at nature, how working together and cooperating in creating a work of art is exciting, and how being in nature and making observations gives an insight into the natural world.

We selected objects from the immediate vicinity - a leaf, a pebble, a feather - then placing it on a large single sheet of paper drawing around it while being mindful of its placement and relationship to the other drawn shapes and objects.

It was a terrific day!