A few days out in North Norfolk

The weather was settled and the forecast looking good, so I set off for a few days working at a number of my favourite places along the coast.

Barn owls and streams of pink footed and brent geese at Stiffkey; a wonderful male hen harrier and flocks of curlews on Warham Greens; and peregrines and shore larks on the tip of Scolt Head Island.

Also had time for a trip out with Branta Cruises and Jon Brown on board the Laura May - fantastic! 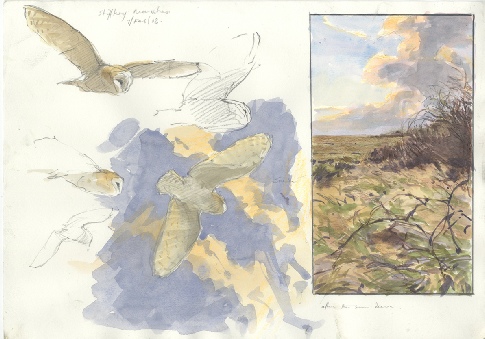 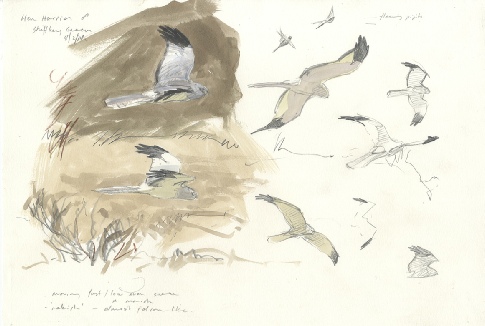 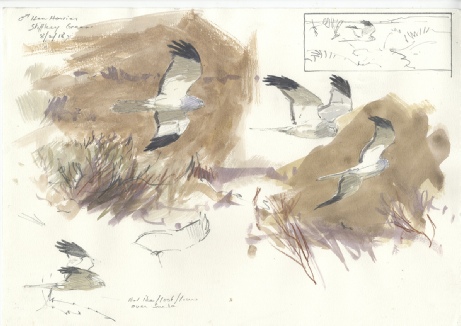 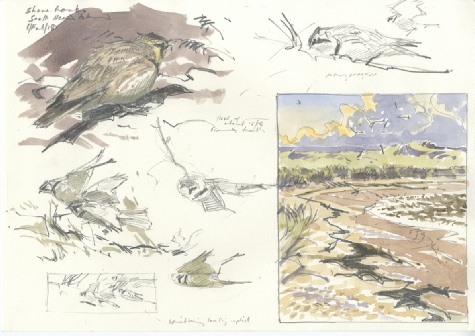 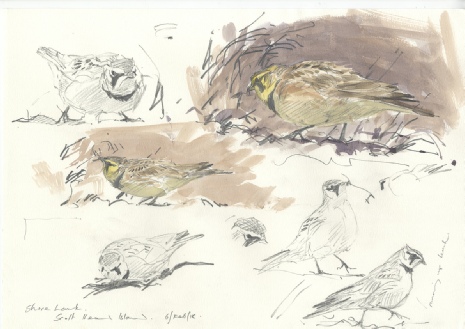 (Above)  I had the easel set up at Stiffkey way out where the marsh ends and the beach and falling tide stretches out seemingly to horizon .  At one point a male hen harrier flew fast and low - across the beach when I first saw it then reaching the straggling marsh edge rose and flutttered a little more as it followed the contours of the gusting wind sweeping over the the sueda bushes, runnels and creeks.  A breathtaking sight!

(Above) Shore larks on Scolt Head Island.  They were hard to find at first, but then I heard them calling.  They  were up high - a straggling, flickering flock that circled and dropped low then rose high again before spiraling down in to the margins of the sueda and bands of debris along the tideline.  I worked my way towards them keeping low and managed to set up my telescope and tools as they worked their way up and down the beach for half an hour or more. 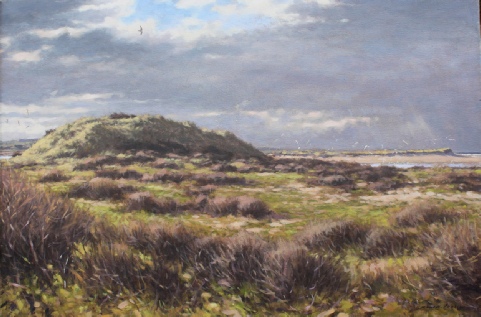 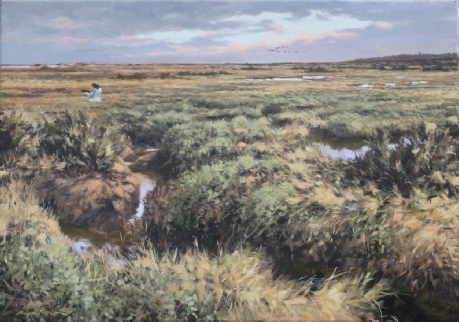 (Above)  I am working in oil in the field quite often these days - this was the result of a few hours out at Gun Hill.  There were flocks of linnets, gulls streaming out of the gap, curlews and redshanks calling, and at one point a peregrine circled and headed off towards Scolt - time enough to quickly add it to the composition. (Oil on canvas 36in x 24ins)

(Right) Towards Blakeney, and hen Hhrrier male across the marsh.  (Oil on canvas 36ins x 28ins)