The working methods as a relief print developed in the studio over a period of a few weeks earlier this year. 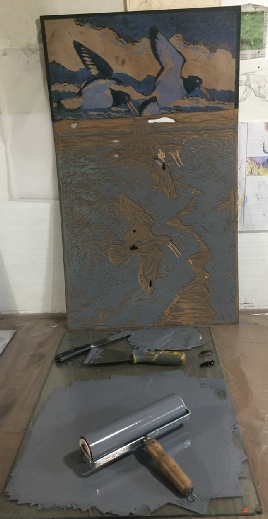 The blocks were all cut into 6mm MDF which is not a traditional printmakers material.  But I find it cuts crisply and easily, but only for the first few microns of depth.  After that it becomes more difficult to produce a clean cut, and the greater the depth of cut the more fibrous it is and the cut away material is more dusty.

However, applying a number of coats of shellac as work on the block proceeds keeps the substrate workable although the character of the cut changes.

Shellac can be purchased in small quantities from good art supply shops, but larger amounts from building and timber suppliers is much more economical. 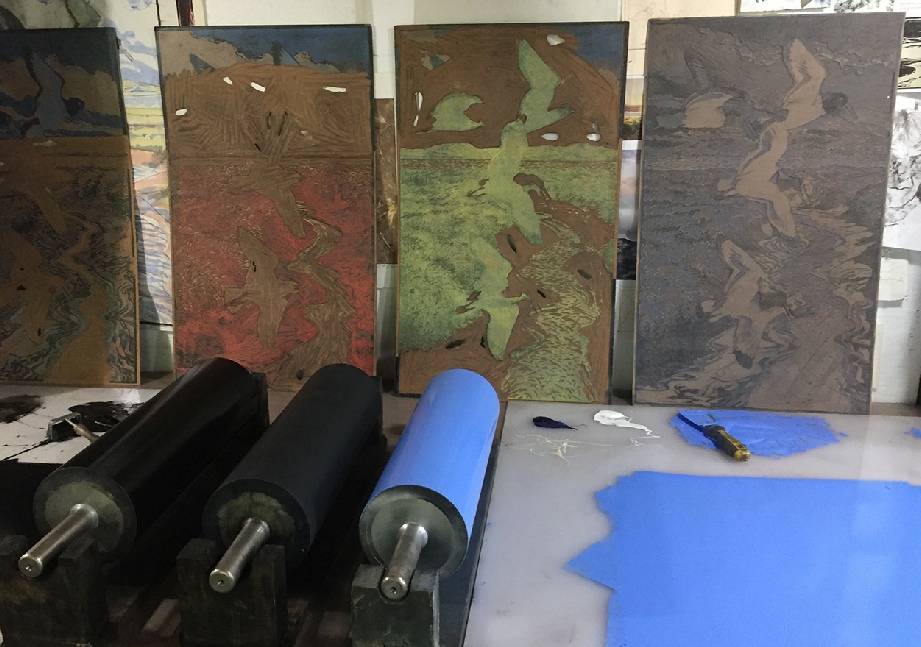 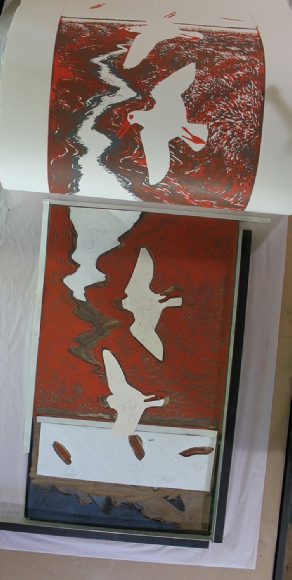 (Above)  The grey block was the first to be printed.  The red block (right) was second in the printing sequence, and the blue (far right) was the third colour.

(Above)  Because of the number of blocks (5) each carrying a different colour a lot of inking and rolling is required.  So the size of the blocks was decided by the width of the roller which allowed for fairly rapid and simple passes to lay sufficient ink.

The fourth block is the yellow (left), and the final ‘key’ block which binds the whole image together is the black (far left).

Each block is ‘offset’ printed onto the next to enable the next block colour to be cut and the registration more easily maintained.

‘Offset’ is where the cut block is inked and printed on to a sheet of proofing paper and that image is then transferred to the next blank block.  This is done by placing two heavy steel blocks on the bottom edge of the paper as the press bed is fully returned.  The paper is then gently peeled back until about 1/3 of the block is showing, then two heavy bars are carefully placed on the bed along each axis of the block.  The paper carrying the image is then fully peeled back clear from the block which can then be lifted out leaving the weights ready to guide the accurate placing of a new uncut block.

Once that is in place the paper is lowered onto it, the weights removed, the blankets laid over the bed and a second pass made through the press. 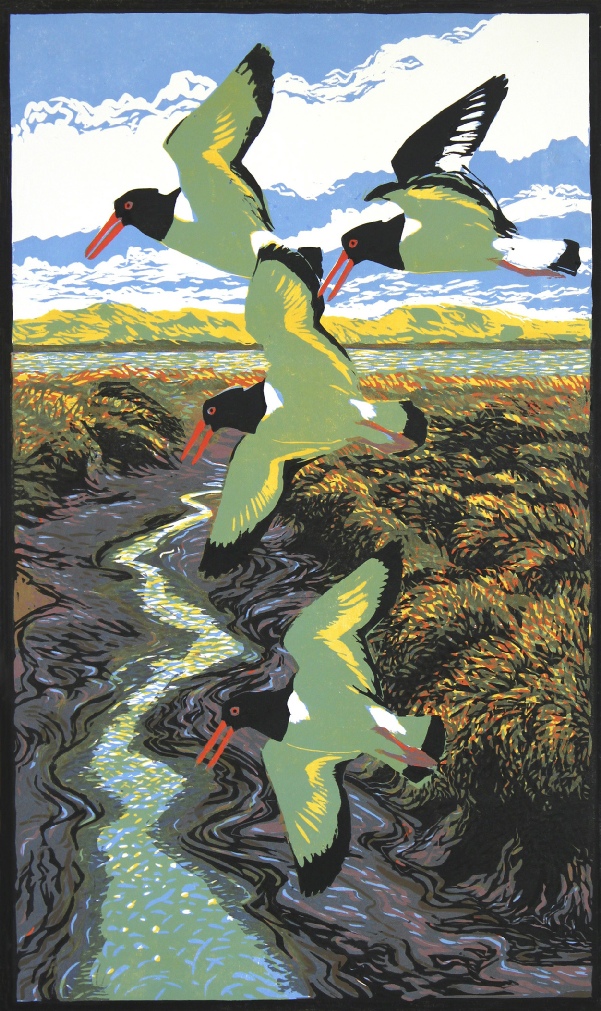 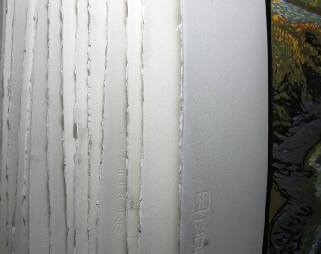 Traditionally, the edition is signed by the artist in pencil, and numbered as say 67/100 to show the unique number of that impression and the total edition size.

'Piping Oystercatchers' is an edition of 12 prints.  For me this is a good number, as a lot of effort is involved in editioning and once the excitement of the original idea is waning, and the next is already in the mind's eye, then best to move on.